IIFL Finance, one of India’s largest retail non-banking finance companies said that it has bought back $50 million worth of overseas bonds at par, funded by loan from a global bank, which will reduce its cost of funds by approximately 225 basis points on this transaction.

IIFL Finance which had raised $400 million through its maiden overseas bonds issue in February 2020 at an effective issue price of $998.75 per $1000, to fund its business growth. The company had in the last two years bought back $26.3 million worth of bonds in various tranches, and launched a tender offer on March 21, 2022 to further buy back up to $50 million worth of bonds.

The minimum bid price for bondholders under the tender offer was $970 per $1000 of face value of bonds. However, most bids received were closer to the par value, and accordingly the company bought back the entire tender amount of $50 million at par.

The buyback was done under modified Dutch auction process, which is a reverse book building mechanism. All accepted bids (i.e. at par or lower) were received at a uniform price of $1000 per face value. After this buyback, $323.7 million of bonds remain outstanding.

Commenting on the successful buyback, Mr Rajesh Rajak, CFO, IIFL Finance said, “The abundant liquidity and the price at which we bought back reflect the confidence that bondholders have in us. Also, this reduces our cost of funds by approximately 225 basis points for the arrangement. After this successful buyback, we would seek to undertake more such buybacks to reduce the cost of funds further.”

About IIFL Finance
IIFL Finance Ltd is one of the leading retail focused diversified NBFC in India, engaged in the business of loans and mortgages along with its subsidiaries - IIFL Home Finance Limited and IIFL Samasta Finance Limited. IIFL Finance, through its subsidiaries, offers a wide spectrum of products such as Home loan, Gold loan, Business loan, Microfinance, Capital Market finance and Developer & Construction finance to a vast customer base of over 6.5 million customers. IIFL Finance has widened its pan-India reach through extensive network of branches spread across the country and various digital channels. 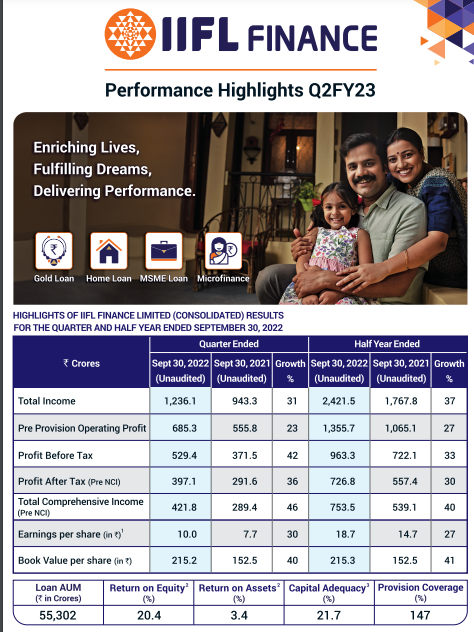